NEW YORK (April 6, 2018) AIGA, the professional association for design, recognizes Allison Arieff and Maurice Cherry with the 2018 Steven Heller Prize for Cultural Commentary. They will be honored at the AIGA Awards Gala on April 20 in New York City, alongside recipients of the 2018 AIGA Medal and the AIGA Corporate Leadership Award.

This annual prize recognizes writers who best exemplify the tradition of prolific writing and boundless curiosity established by Steven Heller, who has contributed and inspired engaging commentary about design and culture for the past three decades.

Allison Arieff is the editorial director of the Bay Area-based urban planning and policy think tank, SPUR. She’s written about architecture, design, and cities for numerous publications including California Sunday, the MIT Technology Review, Dialogue, and City Lab. She’s been a contributing columnist to The New York Times since 2006; a former editor-at-large for GOOD and Sunset magazines; the senior content lead for IDEO from 2006–2008; and editor-in-chief and founding senior editor of Dwell until 2006. Dwell won the National Magazine Award for General Excellence in 2005 under her tenure.

Allison is the author of Prefab and Trailer Travel: A Visual History of Mobile America and has contributed to and edited numerous books on architecture and design, including Airstream: The History of the Land Yacht, Hatch Show Print: History of a Great American Poster Shop, Block by Block: Jane Jacobs and the Future of New York, and The Future of Public Space. Allison will also be teaching at University of California, Berkeley this summer.

“Allison is a very rare thing: a real journalist. She’s not afraid to ask tough questions, unpopular questions, uncomfortable questions—the kind that make us all think about more than what’s in front of our eyes,” said Jessica Helfand, founder of Design Observer. “Critic, pundit, urbanist, ethicist—Allison brings the rigor of good scholarship to the practice of good citizenship. She’s witty and she’s wise, and the world is a better place because of it.”

Maurice Cherry is a pioneering digital creator—a hybrid of writer, editor, producer, designer, and curator—who is best-known for the Black Weblog Awards, an online event that celebrates Black bloggers, vloggers, and podcasters. Other notable projects of Maurice’s include the award-winning podcast Revision Path and blog 28 Days of the Web. His storytelling projects, design work, and advocacy have been recognized by Apple, NPR, News One, AIGA, HOW, Print, The Dieline, Creative Market, Buffer,  Columbia Journalism Review, and The Atlanta-Journal Constitution. Recently he was named by Graphic Design USA Magazine as one of their “People to Watch” for 2018.

Maurice also serves as content marketer for Fog Creek Software, a company dedicated to creating products that enable every person and every team to make thoughtful useful software. Formerly, he was the principal and creative director at multidisciplinary studio Lunch, where he helped brands tell stories while fostering Lunch’s own relationships with its underrepresented communities. His clients included Facebook, Mailchimp, Vox Media, Nike, Mediabistro, and the city of Atlanta. Maurice is an educator who has built curricula and taught courses on web design, web development, email marketing, WordPress, and podcasting for thousands of students.

“Maurice has done something incredible, made even more so by the fact that no other design association or body has been able to pull it off,” said Julie Anixter, executive director of AIGA. “He has single-handedly brought more designers of color to the public’s attention than perhaps any other platform. He is giving testimony to the power one person can have.”

Steven Heller congratulated the 2018 winners, saying: “Allison Arieff and Maurice Cherry are each renaissance talents who work seamlessly across cultural domains, editorial lines, and multiple forms of media. Never content to do just one thing, their careers are each, in their own way, a table of contents for curiosity and caring about the world they so closely observe. I am especially happy that AIGA is giving an award for writing on the same stage, adjacent to the AIGA Medal, an award for design excellence. Writing is a form of design, and these two prolific and generous creators bear that truth and bring excellence in great measure to the craft.” 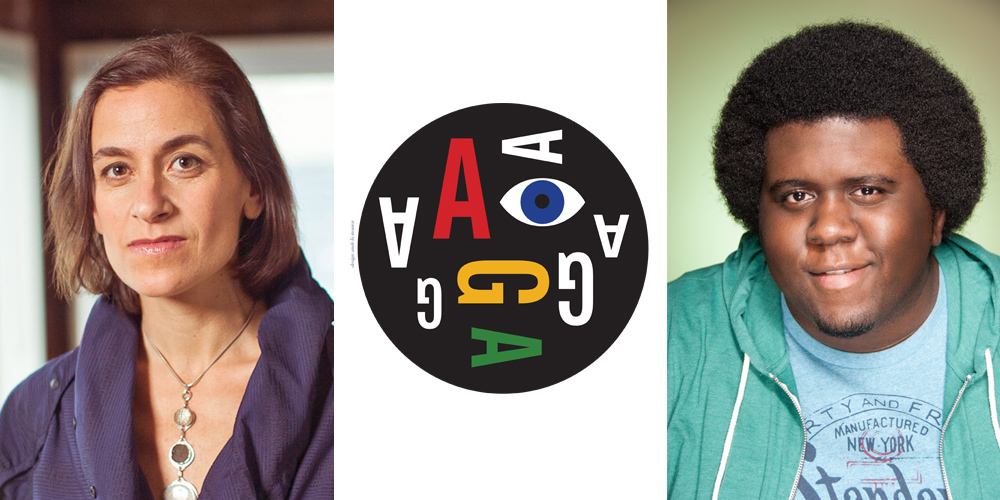 The award is in honor of Steven Heller, a 1999 AIGA Medalist and prolific author of more than 180 books on graphic design, illustration, and political arts. Steve serves as co-chair of SVA’s M.F.A. Design / Designer as Author + Entrepreneur department; special assistant to the SVA president; and co-founder of SVA’s M.F.A. Design Criticism, MPS Branding, and M.F.A. Interaction Design. He is also a contributing editor at Print, where he pens “The Daily Heller.” He also writes for Design Observer, The New York Times, and other publications. His most recent books are Free Hand: More Typography Sketchbooks, The Moderns, and Teaching Graphic Design.

AIGA, the professional association for design, advances design as a professional craft, strategic advantage, and vital cultural force. As the largest community of design advocates, AIGA brings together practitioners, enthusiasts, and patrons to amplify the voice of design and creates the vision for a collective future. AIGA defines global standards and ethical practices, guides design education, inspires designers and the public, enhances professional development, and makes powerful tools and resources accessible to all.